Dare Alla Luce Fabulous in Grey, loved, owned and handled by Barbara Hargreaves (Mistweave) did a great job at this years Crufts, gaining a 2nd place in Post-Graduate.

This years judge was sighthound specialist Gilberto Grandi (I).

At the Windsor Championship Show Grandcru Newton was rewarded with Reserve CC under Graham Hill.

At the CAC Windhonden (Dutch Sighthound Specialty) 2015, Mrs Janzon from Sweden was judging the greyhounds. Both Tixi and her daughter Teddy (Dare Alla Luce Greyth Days Ahead) were entered and did a wonderful job. Teddy gained her first Junior CAC, followed by the reserve CAC, while Tixi got the CAC.

At both the international and national dogshow Grandcru Newton ended up Best of Breed), under first breed specialist Bo Bengston(SE) and the day after C. Coppel (FR). Both days with lovely critiques from the judges.

At the international dogshow Oss Grandcru Newton, a.k.a.`Toni`, gained his last CAC to become Dutch Champion at the age of just 27 months. Hereby he also finished his Swedish title.

Grandcru Newton, already qualified for both 2015 and 2016, left for the UK on friday March 6 to participate at the largest and most prestigious dogshow worldwide, Crufts.
78 greyhounds were entered this year and judged by Ms. J. Dove.

“Toni” was entered in Limit, and faced a very strong competition of 10 dogs. He made the cut and was awarded Second Prize! What a wonderful result for our young American boy!

Best of Breed
Benelux Winner 2014 BE

At the Euro Dog Show 2014 in Brno, Toni kicked of gaining CAC from intermediate class at the national show, judged by Knut Blütecher (Showline). The second day he was entered under another breed specialist, Dagmar Pordham Kenis (Solstrand), and ended up 2exc in intermediate class with resCAC. I’m really happy with the appreciation of both judges.
Toni also participated in the Junior Handling Finals on Sunday, handled by the Norwegian representative Hedda H. Hanssen. Both gave away a wonderful performance! Proud of these two talented youngsters.

At the international dogshow Hoogstraten (B) (January 6, 2014) both Tixi and Toni were entered under judge Espen Engh (Jet’s).

We had an amazing day with the following results:

Both qualifications were accompanied by lovely words of the judge. A great show day for Dare Alla Luce.

The Winner Show 2014 has been a double show for the very first time. Our young but promising boy “Toni” a.k.a. Grandcru Newton officially started his show carreer. And in what way!

At Friday the one day show was held and 11 greyhounds were entered under respectable judge Graham Hill. Toni didn’t not only gain his first Junior CAC, but also made it up to Best male and finally Best of Breed!

On Sunday Regina Tromp – Pruijn was judging. She rewarded Toni with 2 Excellent in junior class.

Together with Gwen Huikeshoven (van Tum Tum’s Vriendjes) and her two sweet boys Soletrader Bjorn Borg and Graffiti van Tum Tum’s Vriendjes, we had a lovely time at the 4 Summer Night Shows in Split. Rozebottel’s Big Spender, aka Wouter, represented Team Rozebottel’s and he did WELL! At only 16 months of age he gained his very first championship title “CROATIAN CHAMPION”.

What a fantastic day we had at the National Greyhound Specialty 2013. At the racetrack in Rotterdam 26 Greyhounds were entered, judge: Dhr. A. van den Broek (NL).

GrandCru Newton, a.k.a. Toni, kicked off and accompanied by lovely words from Dhr. van den Broek made it up to Best Baby in Show! Again, our outgoing young American boy gave away a wonderful performance and stole many hearts!

After the males, it was Tixi’s turn to made her debute on a National Greyhound Specialty. And in what way she did. Just after Epic Known, a.k.a. “Leona” (owned and handled by Ina Koulermou), Tixi gained 2Exc in Open Class and later won resCAC. Also Tixi went home with a lovely critique from the judge.
A day never to forget!

What a fantastic day we had at international dogshow Echt! It was the first possibility for Tixi to finish her Dutch title and in what way she did! Under Breed and Group Judge Mrs. M.J. Melchior (Lux) she made it to Best of Breed, gaining the last CAC to become Dutch Champion...
Handled by Linda Schenk, she gave away a wonderful performance in the main ring and made the cut. Ending up BIG 3 and thereby qualifying for the “Hond van ‘t Jaar Show” (Dutch Champion of Champions) is fantastic way to celebrate the Championship!

Another successful day at the 35th edition of the International Dogshow Rotterdam saturday. For the first time, Tixi was entered in Intermediate Class. She did not only got 1 Excellent, but also managed to end up Best of Breed. Hereby, Tixi gained her fourth CAC and very first CACIB at only 16 months of age. All accompanied by a lovely critique of judge Ms. Ann Ingram (Ireland). 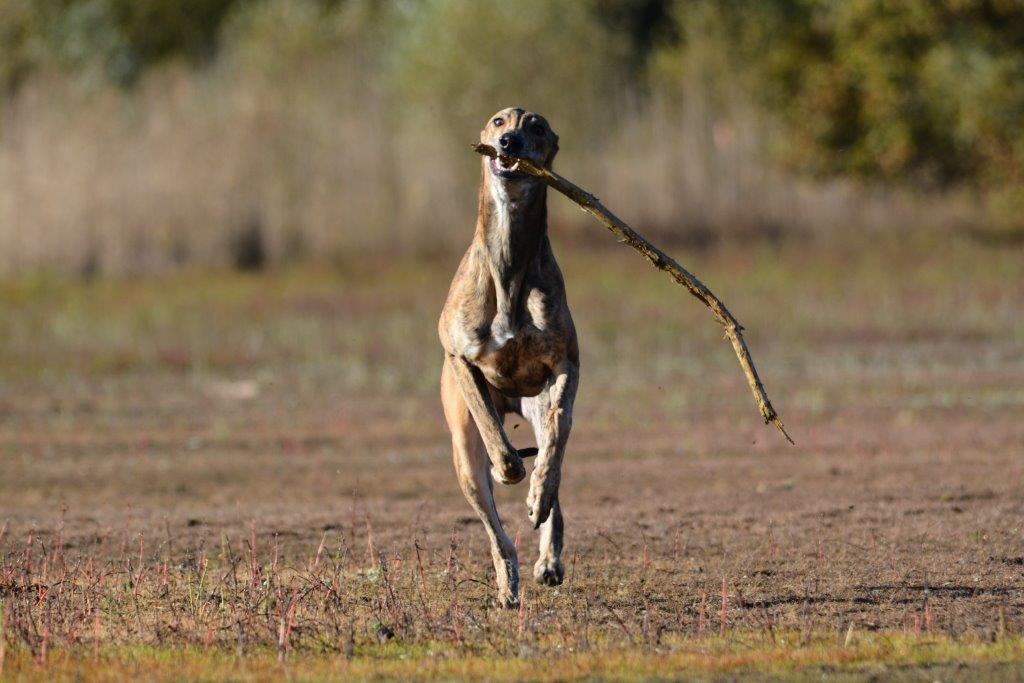